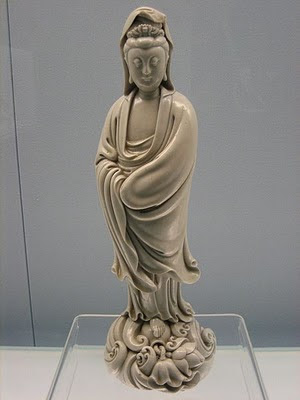 Quan Yin is the Chinese translation for the Indian Sanskrit name of Avalokiteshvara, one of the four great Bodhisattvas (true enlightened ones) of Buddhism. The original Sanskrit name means "He who looks upon the world with compassion". The Chinese name means "One who hears the cries of the world".
In India, Avalokiteshvara is portrayed as being male. Some statues to him have many heads, many arms and hands with an eye in each palm. This represents his ability to hear and see anyone that needs help, and his ability with his many hands to help.

Since the Tang Dynasty in China (618-907 AD), Quan Yin is most often portrayed as female, perhaps because compassion and loving kindness are traditionally feminine traits in China. She is represented in many different ways. Sometimes pouring a stream of water from a vase, representing the healing power of loving kindness that she gives to all. Other times holding a sheaf of wheat or rice, representing fertility. Very often she is accompanied by dragons, an ancient symbol of spirituality, wisdom and virtue. She has also been portrayed with an infant in her arms or on her lap. As in India, she is also portrayed on occasion with many arms, hands and heads.

Quan Yin is but one way to spell her name. She is also known as Kuan Yin, Guan Yin, Kannon, and many others. While the names are varied, the compassion and loving kindness she represents is common to all Buddhist philosophies. In Buddhist tradition, Quan Yin vowed to stay in the earthly realms to help everyone, until they have all completed their cycle of birth-death-rebirth, and found enlightenment. It is why she is also beloved as a mother figure, for she has decided to stay in the earthly realms to help as a mother would with her children. Her role has been compared to that of the Virgin Mary, mother of Jesus.

Folk beliefs in some areas of China believe that she has her own sacred place, a mountain called Putuo Mountain, in Zhejaing province. There are many legends of her that tell of the miracles she performs, miracles that convey the idea of a truly enlightened being that consists of an all inclusive, unwavering compassion and loving kindness given freely to everyone. She hears the cries of everyone and can appear in any form whenever and wherever a being needs help.

The meditations to Quan Yin by Buddhists are simple. A focus on treating everything with loving kindness, of being compassionate and helping all that are in need, are the Quin Yin truths. To meditate on the positive attributes of compassion for all, treating all with genuine loving kindness, can transform anyone into it, and bring more peace into the world.

Posted by Alan Beggerow at 8:48 PM 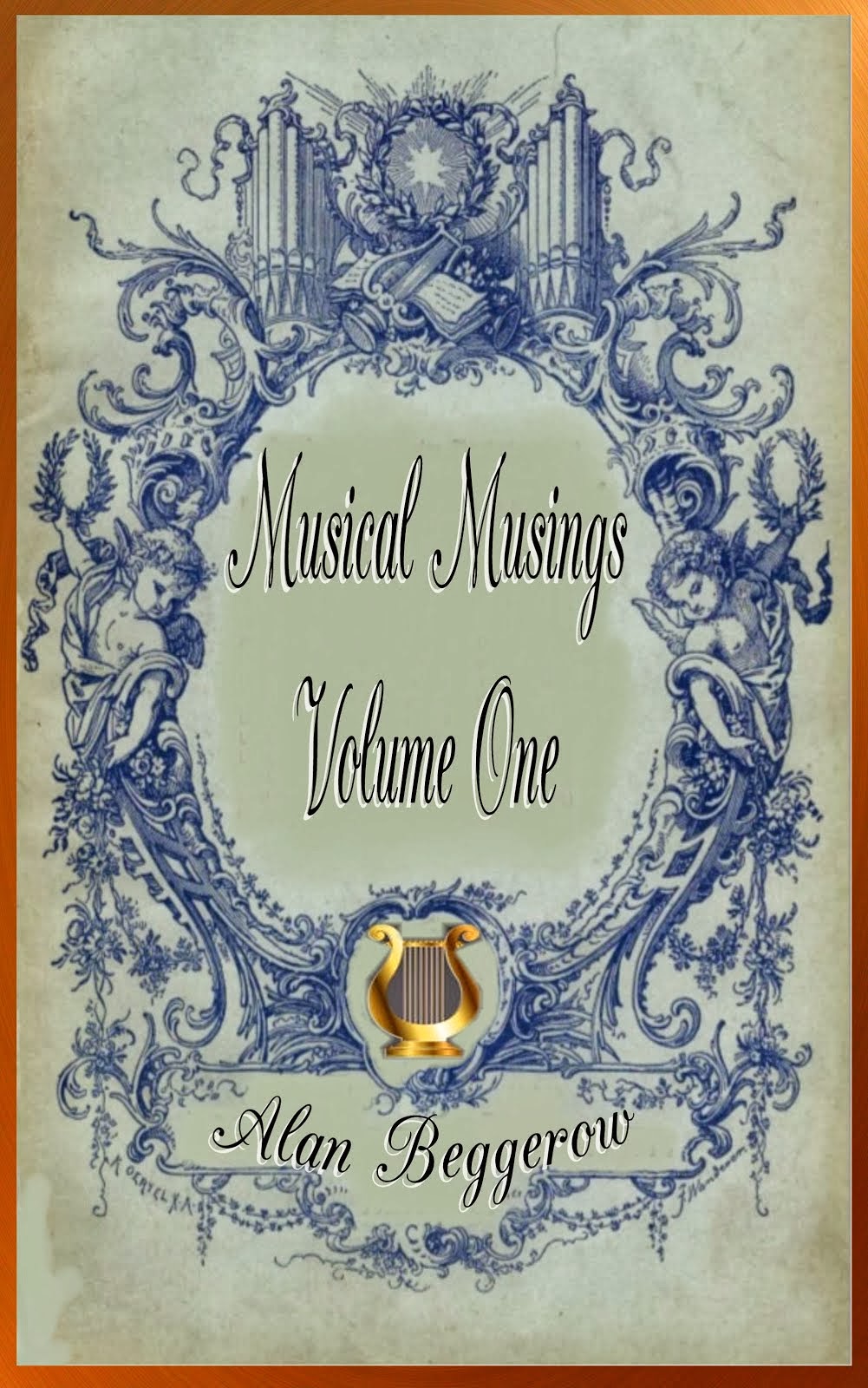 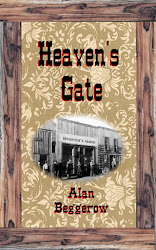